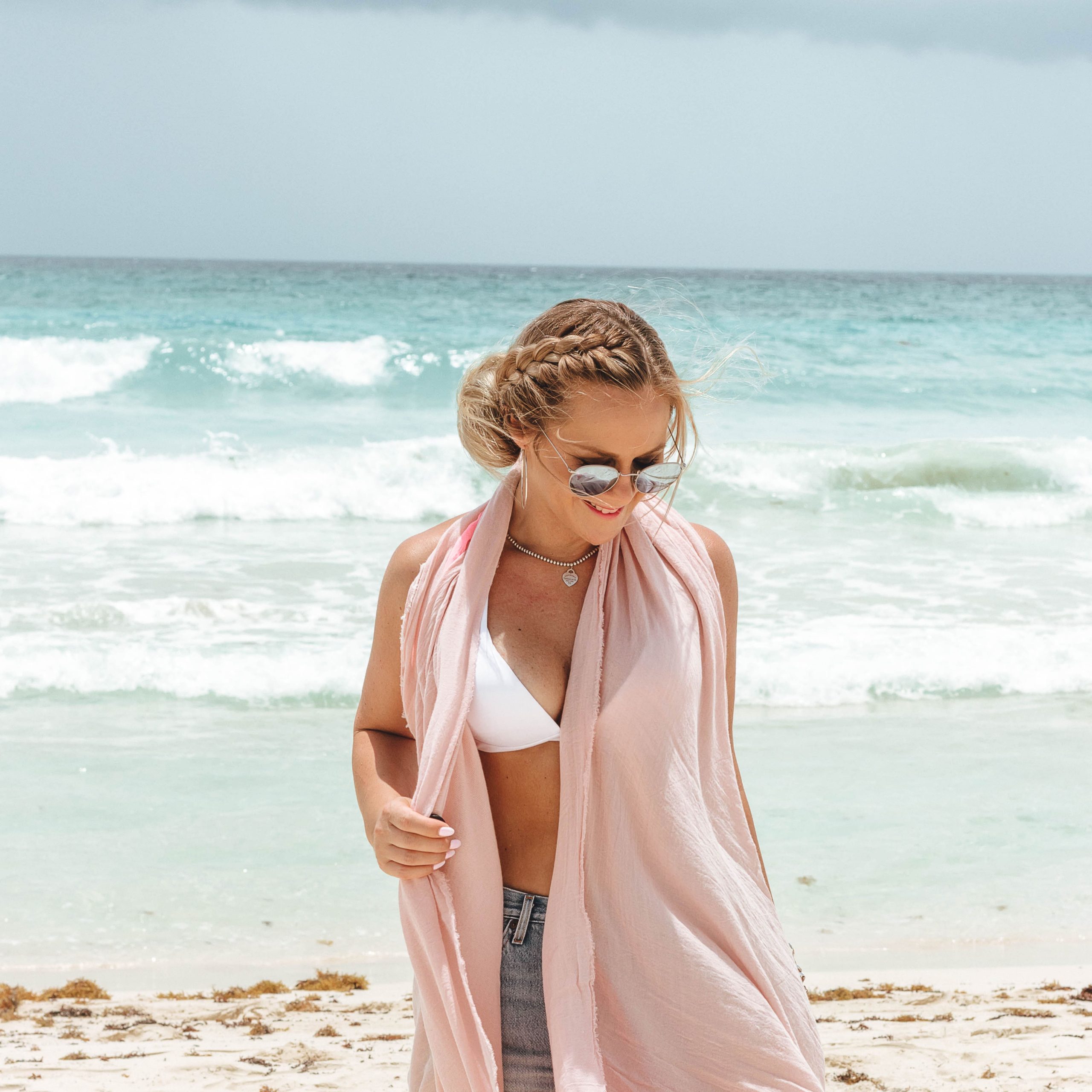 Since every park has its own advantages and I can still remember very well that I couldn’t decide at all at first, I thought about writing a post about it for you.

Except for Park Xenotes , I have already visited all the parks.

Personally, I like Xcaret and Xel Ha Park the best and I recommend you to buy the tickets directly from their respective websites and plan your visit as far in advance as it is cheaper. You can also easily reach the parks Xcaret , Xel Ha , Xenses and Xplor with the ADO . The bus goes directly from the terminal in Cancun to the parks.

I’ll start with the oldest and largest park Xcaret :

The regular entrance fee is around 1,700 pesos and you can book an all-inclusive catering package and transport as well. We always take food with us, but everyone can decide that for themselves. The park is beautiful and typically Mexican.

There are attractions such as an underground river that you can float through, the Plaza Principal that you can stroll through, you can admire various animals such as butterflies and birds and so on and so on. To really see all the activities, take a look at the whole thing directly on the website .

Xcaret is right on the sea and even has its own beach. You can also book activities, such as the “Adrenalina” boat. It’s really fun, but far from cheap.

From the afternoon there are typical Mexican shows such as “Danzas Prehispánicas” in the Pueblo Maya. At the park entrance you will find an overview of when and where the shows are.

At this point, my very special tip for anyone vacationing in Cancun between October 30th and November 2nd, be sure to drop by the Xcaret . There is a special Day of the Dead event and the whole park is decorated and there are special shows. You really shouldn’t miss this!

The nearest park, Xel Ha , is an all-inclusive only swim and snorkel park:

The entrance fee is around 1,800 pesos and already includes all-inclusive meals.

In this park you have the possibility to book the package “Entrada Xel Ha Total” in advance. This means that you book and buy an attraction in advance, which is of course cheaper than buying it on site. The “Adrenalina” boat is said to go all the way to the Tulum ruins.

In the park you have the opportunity to snorkel and swim in a huge area, you can get the equipment on site. There is also a new attraction in the park, a huge tower with a water slide. It meanders in circles all the way down. I love water slides, but I have to admit I was glad I didn’t have 2 more mojitos beforehand. The slide is nice but didn’t blow my mind personally. I prefer it steeper and faster.

The park also has a small beach that invites you to relax and have lots of hammocks and nice places to rest and drink cocktails. There are no shows in this park.

The next park is an action park and is called Xplor :

Here you have the opportunity to visit the park during the day between 09.00 – 17.00 (Xplor) or in the evening between 17.30 – 23.30 (Xplor Fuego) . With an all-inclusive entrance fee of around 2,600 pesos, this park is the most expensive park in Cancun. If you come in the afternoon and book Xplor Fuego , you only pay around 1,900 pesos for the entrance fee.

The park offers all-inclusive meals, but due to the activities, no alcohol is served.

The activities are identical for both packs, however, the Xplor Fuego pack involves setting up torches and lighting fires.

Probably the most popular activity is the cable cars. They’re really fun. You ride from one cable car to the next like in a parkour. In this activity you can leave your normal clothes on, you won’t get wet there.

The next activity was driving through the park in a jeep. The jeeps are not particularly fast, but they wobble all the more when driving.

I would advise you to book the Xplor Fuego in summer as it is still hot at night and to visit the park during the day in winter as I would not swim through the underground lake at night due to frostbite. Also, you should know that this park is closed on Sundays.

Let’s get to the next park Xenses :

This park costs around 1,400 pesos to enter and does not offer all-inclusive meals. Every drink and every meal has to be bought expensively and the selection isn’t particularly large either. You’d better take care of your own food.

The park is a park of the “senses”, such as hearing, feeling, etc.

There are activities in the dark where you can only feel and walk through a parkour, there is a village where everything is “crooked” and even walking through the village feels strange. I don’t take that very well, but it’s funny to take pictures of. There’s a water slide, a mud parkour you can float through, and a zip line that you’re attached to horizontally so you feel like you’re flying.

I thought it was nice to visit the park once. However, I didn’t think he was that great that I would have to visit him again or say to you at this point “Wow, that was so crazy, visit him!”.

It’s nice, but I like the parks mentioned above much better and this park isn’t particularly cheap either.

Let’s get to the next park Xenotes :

As already mentioned, I haven’t visited the park yet, but it’s on my to-do list. It’s actually not a real park, but rather a guided tour through 4 cenotes that couldn’t be more different. Admission is around 2,200 pesos and includes soft drinks and a picnic lunch.

The equipment needed for the different cenotes is provided on site and is included in the price.

Let’s get to the last park, Ventura Park Cancun:

The park is at the end of the Zona Hotelaria and is an all-inclusive water park and costs 1,200 pesos to enter, but if you book online you save 50%! With an entrance fee of 600 pesos, it is the cheapest park in my post.

There are some water slides, a mini roller coaster and an underworld. The Underworld is a hall with computer and laser games.

There is a buffet and drinks all the time. Alcoholic drinks are also included in the price. The park is nicely laid out and does justice to the entrance fee of 600 pesos. The food is okay, but of course you won’t find gourmet cuisine. The same principle applies to alcohol, there you will only find the cheap selection, but with the low entrance fee I think it’s okay. 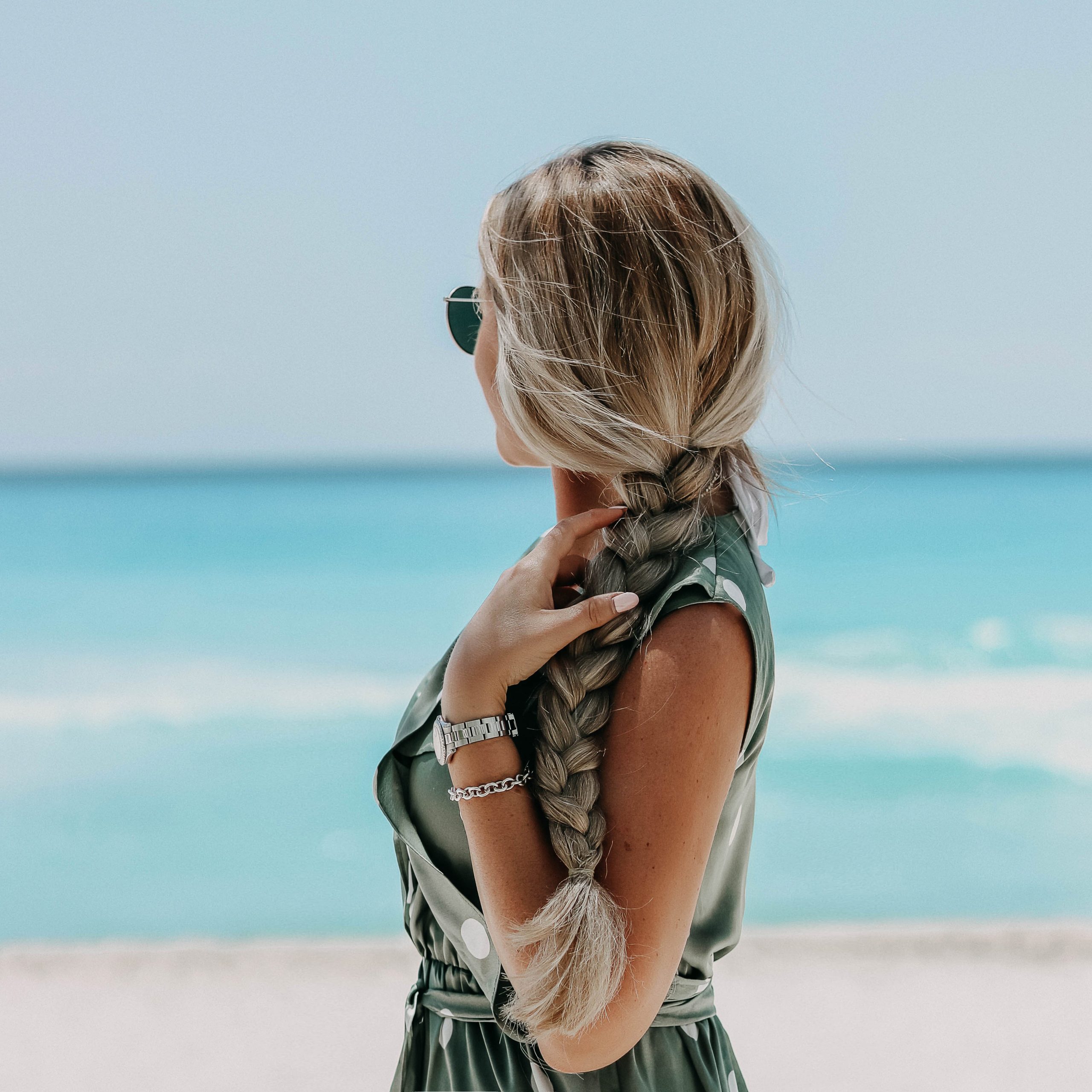 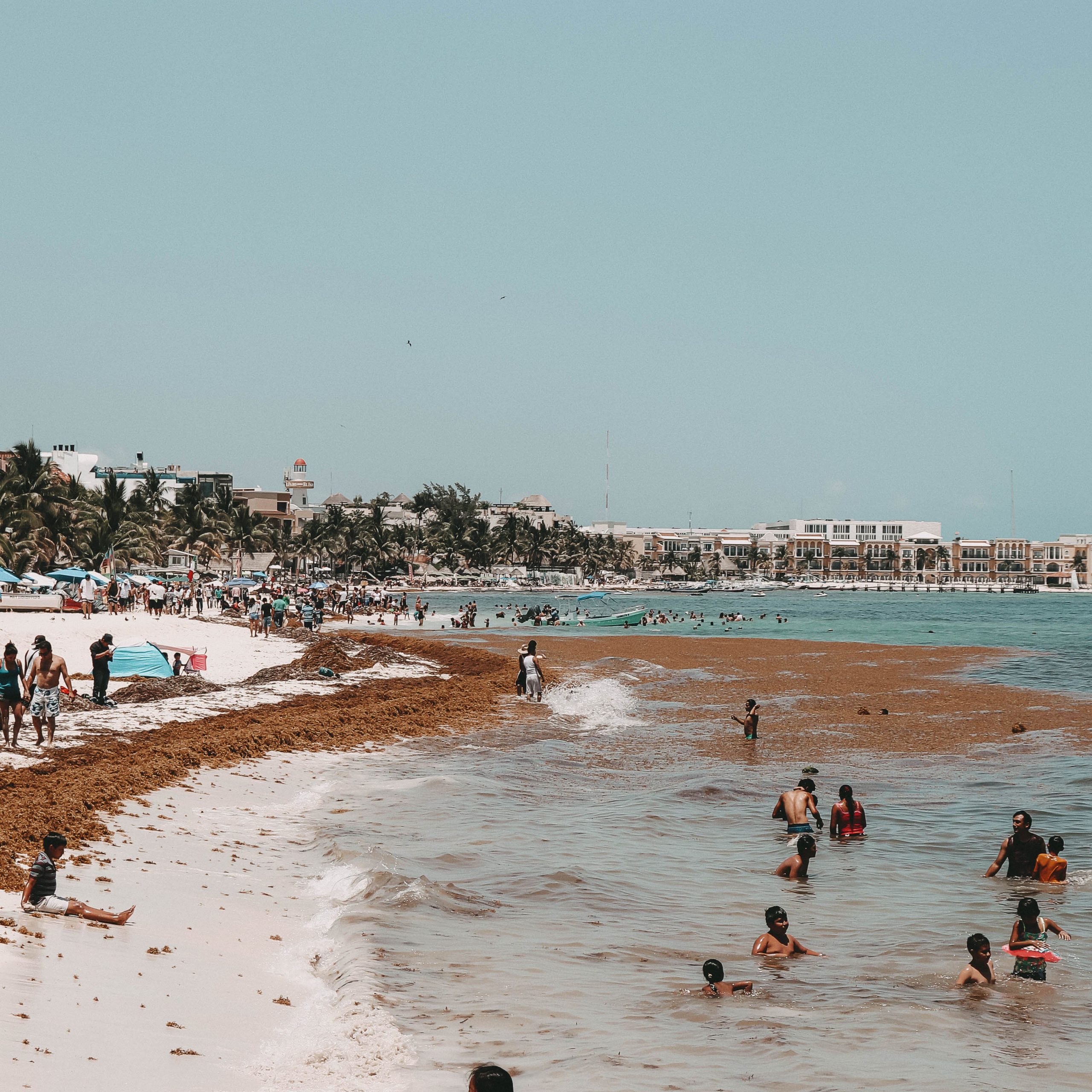 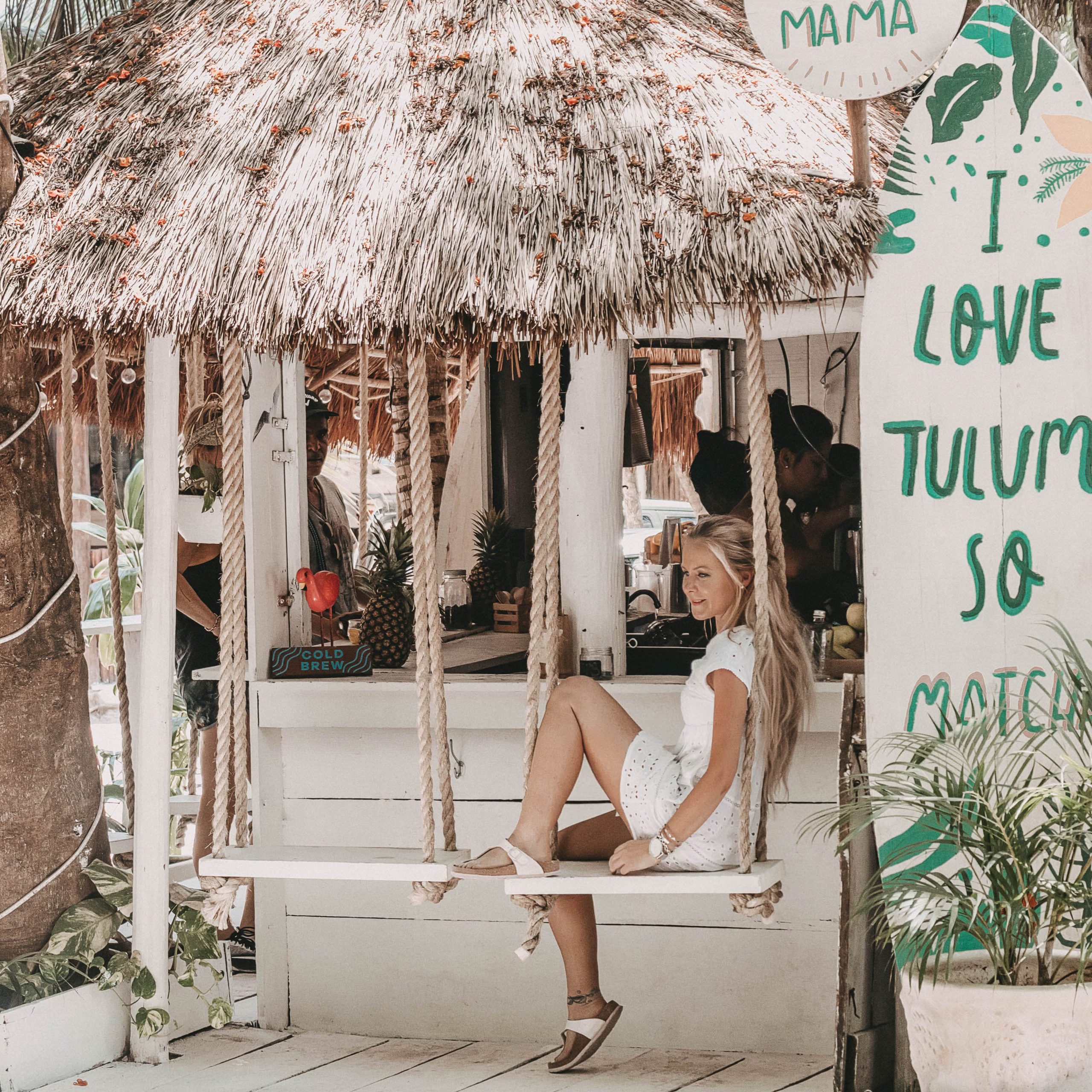 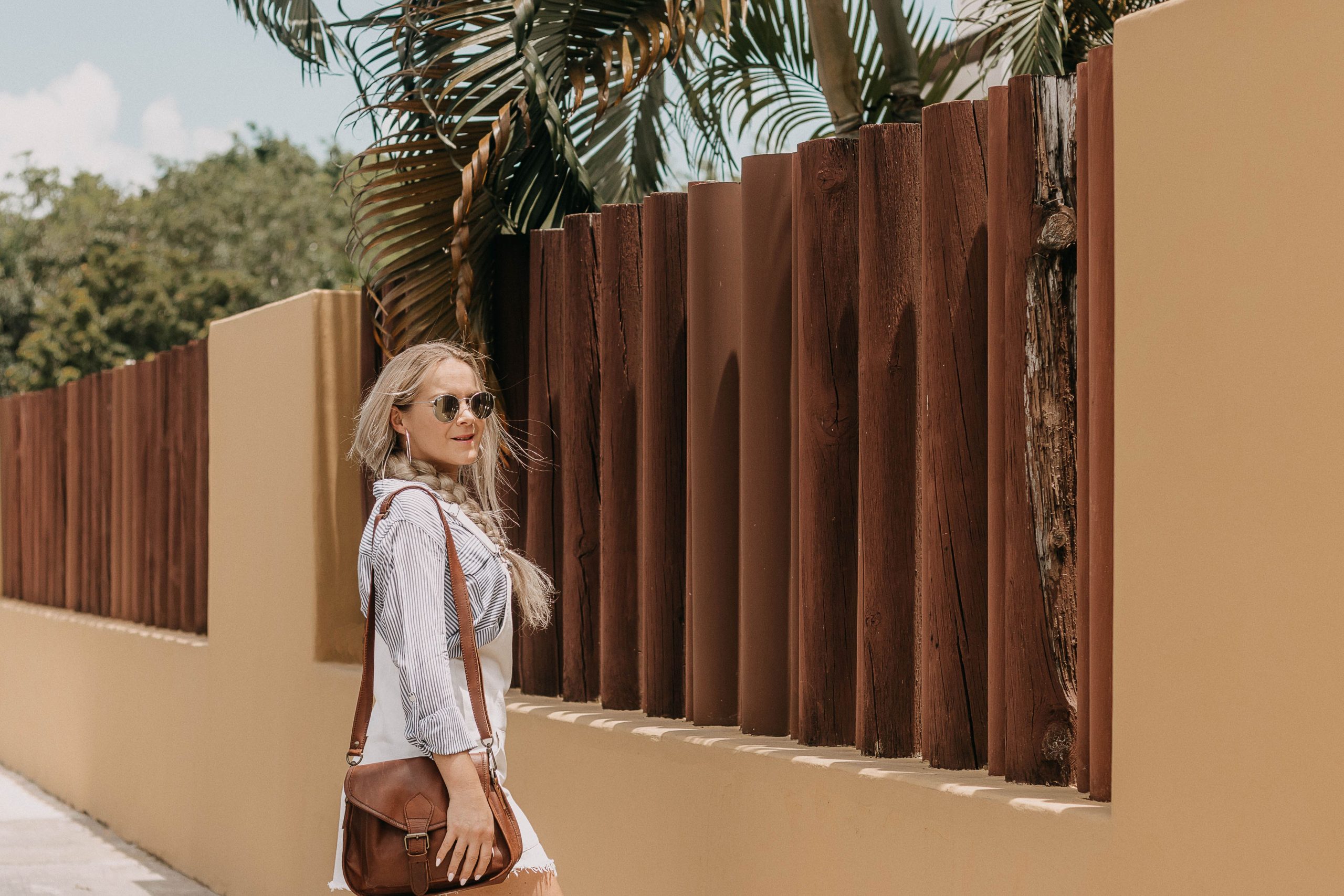